What You Can Learn from Continuous Innovators Like Amazon

“Life is what happens while we are busy making other plans.”

It’s an astute observation that was originally attributed to a cartoonist named Allen Saunders and repeated many times in many variations since it first appeared in print in the 1950s.

And it feels more relevant than ever.

With the pace of change accelerating, fueled in large part by the rapid evolution of digital and automated technologies, it can often seem like any strategic planning we do is outmoded from the moment we click save on the latest flowchart or spreadsheet.

Somebody else has already introduced a new product. Your target customer is now looking for a service you don’t offer. A new company has approached the market in a whole new way that’s turning your industry on its head.

Everywhere you look, there is disruption, innovation and upheaval, whether it’s in the form of taxi businesses confronting Lyft and Uber, banks dealing with the Bitcoin, the entertainment industry trying to adjust to streaming services like Netflix … and on and on and on.

If you’re in manufacturing, well then, you’ve got your work cut out for you, too. Global sourcing, automation and an intensifying shortage of skilled labor are just a few of the factors that are continuously flipping the script. Even the most storied and stalwart industrial companies are not immune to these changing challenges. Just ask the folks at GE.

No matter your industry, you can’t stand still. Of course, you can’t not plan, either. All that strategic planning you learned how to do in business school or on the job has its purpose. It’s how you build the foundation of your business and establish the strengths it needs to grow.

But to keep growing and succeeding in business today, you have to have the courage and wherewithal to avoid being stuck in planning purgatory. Because, like a good boxing match, you have to be able to anticipate and respond to what’s happening in the ring and how your opponent is attacking and defending.

Unfortunately, the most difficult thing for many people is to stop planning … and start doing. Specifically, according to Steve Blank in “The Four Steps to the Epiphany,” one of the biggest challenges for entrepreneurs is talking with potential customers, suppliers, channel members, investors, etc.

If you’re watching, listening and adapting to your customers, your competitors and to the increasing amounts of data we now have at our fingertips, opportunities for growth and evolution present themselves constantly.

For example, a regular guy named Jeff Bezos started a little company out of his garage in 1995.

In the beginning, he did indeed write a business plan. I haven’t seen it, but I’d bet big money that it doesn’t much resemble what Bezos’s company is today.

Which is, of course, Amazon.

Amazon began as an online bookseller, and at the time it might not have looked like much of a threat to the bigger bookstores like Borders, B. Daulton and Barnes & Noble. But Bezos quickly became the biggest B on the block by bypassing brick and mortar entirely — and instead developing what is perhaps the world’s most efficient distribution system.

Nearly every bit of Amazon’s early investments and early plans went toward creating a system that could satisfy book lovers’ desires more quickly, conveniently and cheaply than anybody else.

And yet, as we now know, Amazon was destined for much more than books. Much more than retail, even. Because the other thing that Amazon is relentless about is data-driven decision making. Whenever the company has spotted an opportunity in its listening to consumer, competitor and market data, they’ve never shied away from going after it.

That’s why the company gobbled up other retailers like pets.com and overstock.com, started retailing home, personal and just about any product, then quickly and continuously diversified into marketing consumer electronics like the Kindle and the Echo product lines, cloud computing and web development services, streaming entertainment and … well, we’ll see what’s next …

Bezos certainly has some ideas for the next moves, and the company no doubt is actively planning these endeavors. But you’d better believe that if these plans don’t work out, Amazon will roll with a new way that does work.

Those unafraid to change direction are the ones who are getting ahead today.

Amazon is hardly the only example. It’s not even the only world-dominating one.

For example, I originally typed this in a Google document. In other words, I used the cloud-based services of a company that began with a simple mission to create a faster search engine (which of course it’s still doing, in the same way Amazon still sells a lot of books), then rapidly expanded through Internet advertising to cloud hosting, entertainment streaming, smart devices and a bunch of other spaces where it competes fiercely with Amazon.

You see, growing a business is not really about planning; it’s about pursuing. It’s a journey, not a destination. More than ever, it’s a matter of going along with what your insights, instincts, and data are telling you.

Get your nose out of those planning books and get out of the building. Talk to your customers, meet with people who have expertise in your industry or especially in areas that you lack.

Study what’s happening in your market, with your competitors, and in the broader economy. How is the big picture changing? Does it change what your approach should be? Make sure your business is a living, breathing entity, lest it draws its last breath.

If that sounds like a big burden, take heart. You don’t have to illuminate these new paths all by yourself. There is plenty of knowledge that’s relatively easy to gain from today’s many AI-driven, web-based marketing and sales automation tools. And I can show you how to get the whole engine started. You can learn more about this four-step process for closing the loop between sales and marketing below. 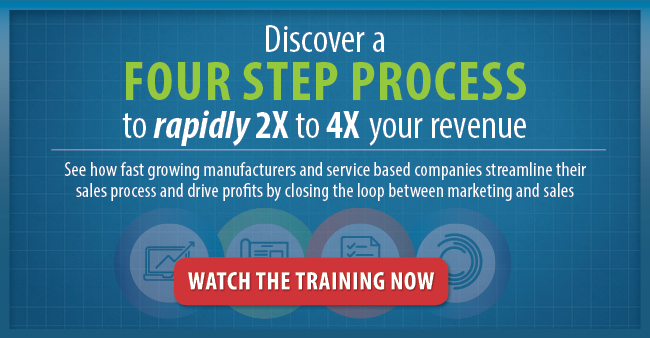 Marketing Automation Isn’t an Automatic Success
A Little Bit of Legwork Goes a Long Way to Help You ... How to Supercharge Your Marketing in Less Time with Better Results
As a savvy small business owner, you know that there are times ...
204 Shares
Share204
Tweet
Share